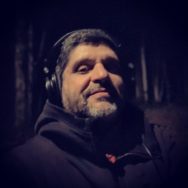 Snow Storms and Drones. Midweek update on the top stories, starting with the New York Blizzard of the century that fizzled. Now the Governor of New York, Governor of New Jersey and Mayor of New York City look like Chicken Little. A National Weather Service Meteorologist has apologized – profusely – for going so far as to suggest the city be evacuated. This is the same meteorologist who perfectly predicted Hurricane Sandy. Maybe he got lucky, or Pride Goeth Before The Fall. The Justice Department has investigated the death of Michael Brown in Ferguson, Missouri last summer, and has decided – drum roll please – not to press charged against Police Officer Darren Wilson. Will there be apologies from the ‘Hands Up Don’t Shoot’ crowd for lying? Don’t count on it. Remember the fanfare that greeted the release of Army Sergeant Bowe Bergdahl last summer? Almost immediately his brothers in arms said he was a deserter. Now Bergdahl will have to go through a Court Martial to determine whether its true. Bergdahl stands to lose rank and at least three hundred thousand dollars in back pay and benefits. Finally a man described as a drunk ‘federal employee’ lost control of a drone Monday night while he was flying it ‘at an apartment building a few blocks from the White House’. He went to bed, woke up the next morning, heard it had crashed onto the lawn of the White House, and called the Secret Service himself to tell them that, yeah he was the guy. The employee works for the National Geospatial-Intelligence Agency, which provides the NSA and the Department Of Defense with … you know, stuff. This shows what off the shelf disruptive technology can do to centrally controlled structures, like give the secret service another black eye. Just what they need. The President was traveling Monday, and wasn’t at the White House, although his kids were. Sponsored by Depotstar.