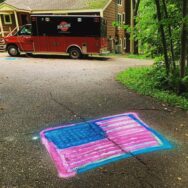 These days I hate to say it but the election campaigns are shifting into high gear. I’ve been touring the upper Midwest and needed more time by the lake. Learn more in Midnight-Lake-Walk-And-Talk-Bob Davis Podcast 948.

Certainly my road trip to Michigan’s Upper Peninsula and West Coast was for fun. However I saw some things from a political perspective that are worth mentioning.

Stumbling Through Woods and The Shore

Therefore I decided to put my observations into another podcast. So join me as I stumble around the lake shore and woods in Midnight-Lake-Walk-And-Talk-Bob Davis Podcast 948.

When this week is over the 2020 election campaign will be in full swing.

In addition to the recent podcasts I’ve done about polling I examine this issue of ‘predicting the future’.

Questions About What We’re Being Told

Even more my quick tour through the traditionally democrat and union parts of the Upper Midwest yields some questions about what you are being told these days.

I was one of the first who noted that Trump could win in 2016. My analysis of the polls so far as well as some detail gleaned from these trips suggest this election is far from decided yet.

Finally there’s something about the calm waters and starlight of a late summer midnight.

Put On Your Headphones

If you listen to this podcast with headphones you’ll be right there with me as I walk barefoot. In the dark. Avoiding acorns and other debris. From the fire to the lake and back.

Media and Campaigns Preaching To The Choir

To sum up despite the media’s penchant for predicting the future and preaching to the choir this is not over.

Most importantly think about the irony of how the media covers conventions which used to be deliberative. What is now news is essentially and literally a produced television commercial.

Either Way People Are Gonna Vote

Even so people are going to make up their minds and cast votes in some way in November.

Beware The Deep Impact…Of An Asteroid!

Unless an asteroid produces a deep impact event, just before the election on November 3rd.

The Bob Davis Podcasts Radio Show – 25. This weekend’s radio show in crystal clear, digital audio. The radio show includes excerpts from podcasts through the week as well as original content for radio affiliates. In The Bob Davis Podcasts Radio Show – 25, the tumultuous developments in American Politics this week take center stage, so this show focuses on these developments. First, Donald Trump’s victory in Indiana has the media and elements of the republican party crowning the New York developer as the ‘presumptive nominee’. Certainly, without opposition in primaries from here on out, delegate count isn’t as much of a problem. Trump’s biggest obstacle to the nomination now is the fracturing of the Republican party. Mitt Romney says he can’t support Trump while decrying ‘populism’ in American Politics (whatever that means). It was reported this week that both former Presidents George H.W Bush, and George W. Bush will not attend the RNC in Cleveland. Paul Ryan says he hasn’t decided on whether to support Trump, Trump says he isn’t sure whether he supports Ryan’s ‘agenda’. Down Ticket senators in vulnerable seats are complaining about Trump, and not just ‘any’ senators; Former Republican Presidential Candidate and senior senator John McCain says a Trump nomination puts his seat in question. There, then, is the rub. With no clear indication yet on the plan for Cruz, Kasich and Rubio delegates, it might be suggested Trump’s new ‘presumptive nominee’ title might be, well, presumptive. In this podcast – The Bob Davis Podcasts Radio Show – 25 – state Cruz organizer Mandy Benz joins me to talk about her raw reactions to the Cruz campaign suspension announcement. After a New York Times article late this week that says news outlets often reprint press releases without editing, don’t ask questions, don’t do any real reporting and the story is controlled from places like The White House, it’s not surprising that talk show charlatans, pundits and personalities seem to be addicted to the attention that comes from endorsing candidates. Being disgusted with the whole process and not liking any of the candidates seems to be the best thing a podcaster do, to provide objective analysis. No one else is, apparently, so Namaste, Bitches. Sponsored by Brush Studio in the West End and Hydrus Performance.