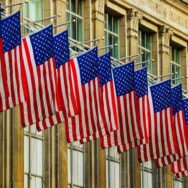 In Podcast 597-Pure Insanity. Controversial executive orders. Cabinet confirmations. A Supreme Court nomination. The robust legislative agenda. Trump’s White House is setting the pace. Media and the partisan left is struggling to keep up. Any action taken by a republican is met with derision and a firestorm of social media reaction. Just mentioning a Trump initiative, executive order or tweet means an  argument. Scenarios of the death and destruction caused by all things Trump have reached hysterical levels.

Now it’s democrats talking about secession, impeachment and Coup d’etat. What is a coup? Why would the president plan a Coup against himself? There is no evidence of a Coup being planned against the United States government. Clearly those writing such things do not understand what a Coup really is. Dusting off an old French word to make the Trump administration seem darker and less legitimate is the goal. Defining the term and explaining why suggesting a Coup is an insult to your intelligence, is part of Podcast 597-Pure Insanity.

Trump will be impeached. Uh. No. Not unless democrats gain a majority in both houses of congress in 2018. Is it necessary to remind everyone Impeachment would result in the Presidency of Mike Pence? With no shortage of hate for the Vice President on social media and at protests, one wonders whether the overwrought and bereft left consider impeachment would leave them with an even more conservative president. Unfortunately it’s necessary to point this out in Podcast 597-Pure Insanity.

Why? Because They Can

Some have forgotten history and context and how the Representative Republic of the United States works. Some think cabinet positions are elected. Others don’t understand that while legislative minorities have rights, majorities do entitle control of committees, rules and certain appointments as well as the legislative agenda. Not only do republicans have legislative majorities the party controls the executive branch, many state legislatures and governor’s offices. While opposition and protest are the right of Americans maybe the opposition should be asking how did a supposedly dying GOP managed to garner these majorities? Is it possible some voters agree with them?

There are people in the United States happy with actions taken by the new president. They like his executive actions and his picks for the cabinet and his pick for the Supreme Court. They might even cheer when they hear Trump’s nominee for Education Secretary suggest government schools really aren’t doing a very good job and that competition in the form of vouchers and charter schools is a good thing. They are perfectly satisfied with the idea of cutting regulation and taxes. Despite the caterwauling on the left this is hardly a national crisis or the first glimmerings of American fascism.

In Podcast 597-Pure Insanity, nowhere is the left’s increasingly impotent rage more apparent than on social media. Memes, videos, live sessions, tweets, angry rants, de-friending and blocking. The Social Media Cesspool, with its misspelled signs confusion about history and how our government works has become a place where people post to live and live to post. A place where anger and extremism are encouraged. People wonder whether it will change. Will it? Why would it?

One thing social media is good for is cat and dog pictures and videos, performances of song and dance and all things pure and real. Maybe it’s time for everyone to take a step back, a break from the day to day news and social media and consider what is most important in life. Did you ever think you’d see the day when you would hope to see pictures of people’s dogs or see a performance of a song?

That day has come.