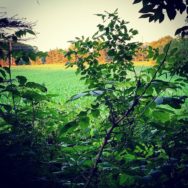 For people in the upper Midwest summer means ‘Up North’. Especially relevant to Rural-America-Urban-Covid-Refugees-Bob Davis Podcast 934 even city people might find Up North a little crowded these days.

Not Just An Old Cabin In The Woods Anymore

Even more cabins in the woods these days are becoming sophisticated enough to qualify as second or even first homes.

Designated Meet Up When It All Goes Down

Firstly for most extended families ‘The Cabin’ or ‘Up North’ is the designated meet up if things go south.

Relatives Who Bugged Out

Therefore Father’s Day weekend seemed like a perfect time to get together with my son who bugged out from New York City.

Secondly since then other family members from New York, Chicago and Los Angeles have jumped on the refugee bandwagon.

We’ve Been Here For Generations

On the other hand we have a lot of relatives who’ve lived ‘Up North’ for generations.

How Are The Rural People Getting Along With The Urban Denizens

Consequently I wondered how everyone is getting along.

Time to grill out and have some conversation.

You might think fur would fly between the locals and the refugees but it turned out great.

Moreover one of the things I was impressed with is how the millennial generation handles working together across cultural lines. We’ll talk about it as we get the ‘Up North Experience’ in Rural-America-Urban-Covid-Refugees-Bob Davis Podcast 934. This a standard topic on the podcasts these days.

Plenty Of Room For Everyone

Certainly there are funny stories and things to talk about. However as my nephew put it, there’s plenty of room here for everyone.

Not Done With ‘The Covid’, Though

Finally I think it’s fair to say we’re not done with Covid.

For example spikes are reported already in areas that have opened up. Of course there’s also the official ‘second wave‘ predictions to think about.  Not to mention unrest in the cities.

No Urban Or Rural Emphasis

In conclusion I am impressed with our ability to pivot to working from home and anywhere, and doing it successfully or even better. Maybe the future doesn’t have an urban or rural emphasis.

Sponsored by Auntie B’s Rentals and Realty One Group 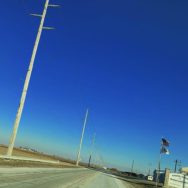