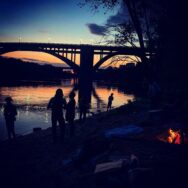 Summer Is Short Up Here

First of all summer in the upper Midwest is short. We all know that, right? Join me on a midnight walk and talk as the heat hangs in the balance in Fading-Midwestern-Summer-Walk-Talk-Bob Davis Podcast 945.

More importantly these occasional walk and talk podcasts are necessary.

Making Sense Of This Crazy World

Secondly every now and then I have to take the podcast machine out for some free association. It helps me make sense of the crazy world we’re living in.

Even more late night walks serve to integrate some of the heavier podcasts I’ve done recently.

Lots of Feeds In July! Thank You!

For example my podcast on Facebook’s diabolical approach to sowing disagreement and discord. In addition a podcast I did at the beginning of July on the economic situation.

Ahead Of The Curve

Above all my goal is to give podcast listeners and subscribers information they might not be aware of. And to give people something to think about a little ahead of the curve.

In short I find investigating and commenting on ‘news’ that seems to blow up and disappear like a summer storm isn’t worth my attention, or yours.

So in Fading-Midwestern-Summer-Walk-Talk-Bob Davis Podcast 945 I outline the three big story lines I think we can pay attention to in the month of August.

In conclusion in my part of the world we have something called The Minnesota State Fair. The fair is a ritual that helps us process the end of summer.

Finally the weather changes and you get ready for fall.

Unfortunately the fair has been cancelled, so it’s hard for us all to figure out what time of the year it is!

To sum up it has been a surreal summer. True, we have a few weeks left. In fact there are predictions of the return of heat before it’s all over. But I can’t imagine fall will be any less surreal.

(Photo Editor Note: On the river in Minneapolis. A stark difference from the usual photos and press regarding our troubles in Minneapolis. A night spent with people who care about their home and their community. Thanks guys for the opportunity to get that shot!) 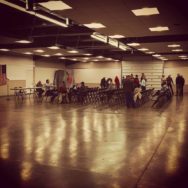