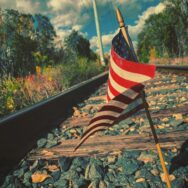 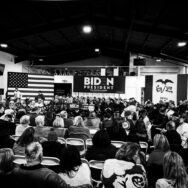 Election 2014. Rundown of the top issues currently in election 2014, ending with analysis of polls in key Senate races. We’ll start with focus groups. Researchers use focus groups to sharpen their understanding of survey research, to help refine questions to be asked in surveys, and to gain insights on consumer behavior, perceptions and the differences between. The new ‘Soccer Mom’ is a thing called ‘The Walmart mom’; adult women in a certain income range, with children who shop at Walmart. If these women are the new ‘swing’ voter, America is profoundly under informed. For those trying to predict an outcome that is ‘red’ or ‘blue’ in the upcoming elections; the only thing you can be sure of is voters are restive. They’re worried about Ebola, their jobs, their kids, their living standard, ISIS and terrorists. They’re concerned about Obama’s performance as a leader, they really hate congress, and don’t trust the government as a whole. Overall, on both sides of the imaginary political fence, incumbents might actually suffer the worst fate on election night. That could be a harbinger of pick ups for both Republicans, and Democrats. President Obama didn’t help himself on Al Sharpton’s radio show the other day. Now the idea there is some back room deal which allows democrats to distance themselves from the President while he works secretly to get them re elected, because they support ‘his’ policies, through and through, is spreading through media like ebola in West Africa. Between the President’s loud mouth and the First Lady’s confusion about Bruce Braley (not bailey), and what office he is running for in Iowa (Senate not Governor), it’s democrats angry at the White House ‘Jay-Vee’ team, not just Republicans. Meanwhile, the New York Times is doing everything it can to help democrats in battleground states. The latest is an effort to portray Iowa as a burgeoning urbanized state. (Editor’s note: I have driven through Iowa many times in the last few years and I assure you, there are a great many corn and soy bean fields remaining). Add to the din, James Okeefe’s latest video which shows democrat operatives in Colorado cheering an actor who explains how to commit massive voter fraud using absentee ballots, and Teacher’s Unions spending millions in the last few days before November 4th (Election Day), and its starting to get interesting. Then comes the so called battleground states, where republicans, democrats and independents are running neck and neck, confounding the punditry’s attempts to make claims about pick ups and losses. Suddenly Republican strongholds are in play, and visa versa. Listen to this podcast and you will know the latest on polls in all of them, and what the data means. Remember though, late breaking voters tend to be terribly misinformed, and as predicated by Bob Davis weeks ago, in the end this all comes down to which teams are going to be more successful getting the vote out. The GOP hopes for the usual higher turn out in off years, but the DNC knows it has to turn out the Obama coalition (Minorities, women and young adults) just one more time, like they did in 2008 and 2012, and they are well equipped to do just that. Now it’s all up to you … the voter. Or not. Sponsored by Ryan Plumbing and Heating of Saint Paul.