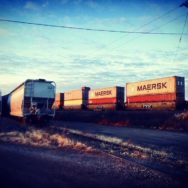 Is the media is setting America up for another surprise on election night 2018? Learn more in Fireside Election Update-2018 Races Tighten-Bob Davis Podcast 769.

A Podcast Series On The Elections

I did a series of nine podcasts examining most of the toss up elections for 2018. To hear them go here. These days it amazes me that a lowly local podcaster can conduct an analysis envisioning what media jackals will talk about in the future. In fact that is what has happened.

Especially relevant are several house and senate contests which were supposed to be part of the ‘blue wave theory’. Moreover what seemed like a win in a walk for democrats have now become hotly contested challenges. Find out why in Fireside Election Update-2018 Races Tighten-Bob Davis Podcast 769.

In addition I’ll tell you how I did that series on the toss ups and how you can do the same thing.

They Were Always Close Elections

I have said all along that these elections were going to be close. Now major news organizations like CBS, the New York Times, Fox News and even Politico are suggesting republicans could win the midterms. What happened? Find out in Fireside Election Update-2018 Races Tighten-Bob Davis Podcast 769.

Finally my podcasts on the midterm elections have been non partisan. That is, I don’t pick sides and I don’t make predictions. Because the media is so committed to predicting the future, it is missing some key stories.

Talk About Issues and Concerns Fireside

In conclusion, by all means work for your party and your candidate. And vote.